Aly & AJ Look To Reinvent Themselves On Third Album 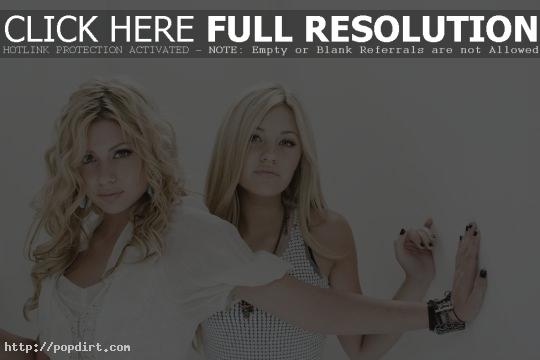 Aly & AJ, aka Alyson and Amanda Michalka, are set to follow up last year’s ‘Insomniatic’ with a third album to drop late this year or early 2009. “The whole new record is pretty much done being written,” AJ tells Billboard. “We haven’t really talked about the sound yet. Aly and I are just throwing around ideas, writing cool stuff on piano, lots of different, cool things. I don’t want to give too much away right now. It’s kind of in the laboratory. But it’s different. We’re always wanting to reinvent ourselves and come up with something new.” AJ also commented on heading in different directions on film projects and their brief tour with ‘Hannah Montana’ star Miley Cyrus kicking off Friday in Detroit.