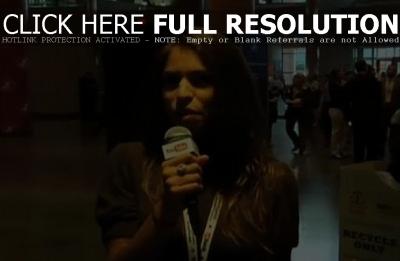 Antonella Barba posted a message on the YouTube 2008 conventions channel from the Republican National Convention in St. Paul, Minnesota.

The ‘American Idol’ season six semi-finalist was there, after previously attending the Democratic National Convention the prior week, representing ElectionMall Technologies. “I’m encouraging young people to vote,” Barba said. “I’m encouraging people to really engage themselves on the internet.” Barba added that she still hasn’t decided who she’s voting for.

Check out her site at antonella.voterspace.com. Watch the message below.