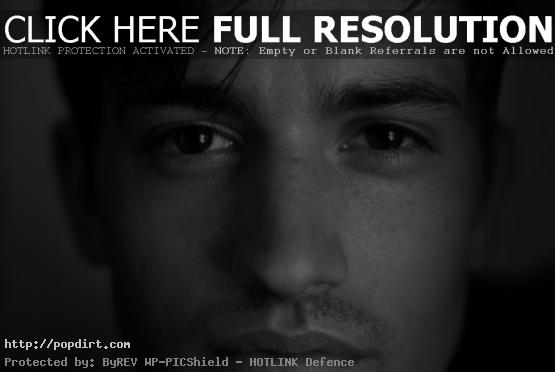 Asher Monroe recently visited ‘The Insider’ for their ‘Artist You Should Know’ interview segment. Asher also did an acoustic performance of his hit single, ‘Here With You’. In the interview clip, Asher discussed his career in the entertainment industry, being part of V Factory, working with Ryan Tedder on ‘Here With You’, doing the music video for the track, his upcoming album, and his cover story on December’s issue of Billboard.

“After a lot of other things I did, I got in a group called V Factory,” Asher said about his boy band past. “We were signed to Warner Brothers, and it was a great opportunity because at the time I was in a really weird decision where do I want to fully go into school, or do I want to continue following my passion, which is music, and I went with music.”

Talking about his work with Ryan Tedder on his single ‘Here With You’, Asher said, “It’s a fun, anthem, feel-good, I just wanted a very high energy song for my single, and to work with someone like Ryan was awesome, because he’s so talented and so easy and all of my ideas we could just bounce off of each other. We created what I thought was a really amazing masterpiece of a song, so we were excited and I knew right away that was the single.”

Discussing the track’s music video, he said, “I have this director I really love. We really work well together, and it was transforming this amazing house in the Hills to a party, club. You can kind of tell the energy in the video, but that was what I was going for. I just wanted everyone to have their hands up and having a good time.”

Asked about when fans can expect an album, Asher said, “I’m still recording. Every chance I can get I’m in the studio. I’m working with new people, producers, just trying to keep pushing it.”

Watch the interview and performance after the cut.