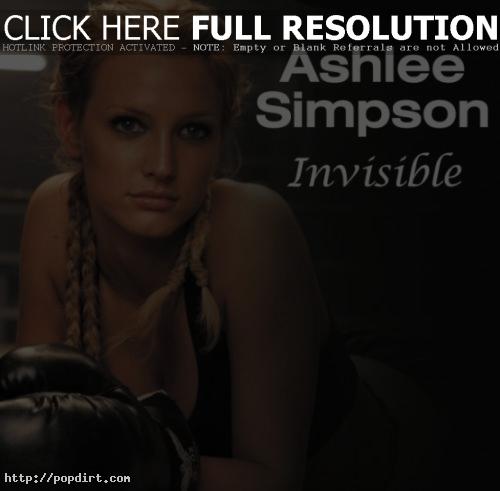 Ashlee Simpson is out with the music video to her new single ‘Invisible’, from the upcoming re-release of her ‘I Am Me’ album. Watch it below.

Growing up, Ashlee Simpson dreamed of becoming a rock singer like Alanis Morissette. When Morissette came to Dallas in 1996, a heartbroken Ashlee stayed home while all her friends went to the show. “My mom wouldn’t let me go because Alanis said the F word,” she explained to the Dallas Morning News. But her parents did allow her to go to Lilith Fair, an event she describes as life-changing. “When I saw Jewel and Joan Osborne, that was the moment where I was like, ‘Wow! I would love to be like that one day,'” Simpson said. “My eyes were, like, so big and I was, like, ‘That is so cool!'”

The full story at wfaa.com has since been removed.

Jay Leno joked during his Tonight Show monologue on Friday night, “Barbra Streisand is touring again. Ticket prices going for as much as $1,800 for special touring. In fact, when Ashlee Simpson heard how much Streisand was getting for a ticket, she called her plastic surgeon to see if she could get her old nose put back on.”

According to The New York Post, Cameron Diaz was so impressed with the rhinoplasty Ashlee Simpson recently had, the actress hooked up with the doctor who performed the surgery to correct her own bump, caused by a surfing accident last year.