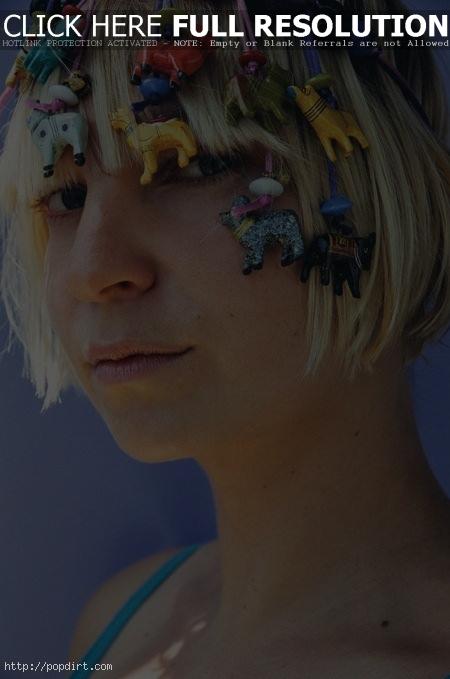 Sia Furler took part in an interview and performance for A&T blue room. Talking about her new album ‘Some People Have Real Problems’, Sia said she chose the name of the disc because “it was kind of the mantra while we were making the album. People like the players and producers would come to the studio and they’d have complaints like, ‘Oh the traffic’ or ‘Oh, that sound, that high pitched sound’, and things like that. And I don’t know who started it, but someone said, ‘Yeah, but some people have real problems.’ And it just made life easier. Some people don’t have parents or food, or arms and legs and they get along just fine. And I realize our problems are totally bushwa, rich people’s problems and how whack it was and how awesome it would be to just be responsible, especially now getting a bit successful and stuff. It’s really scary time, because I could really go either way. I got lots of really successful friends, and some of them are like totally bought into the reverence and hype of who they are, and then there’s some that haven’t and are just normal, regular folk. Although I like both types for different reasons, I want to be the latter, personally.” The interview, and performances of ‘Day Too Soon, ‘Little Black Sandals’, and ‘Breathe Me’, has since been removed from attblueroom.com.