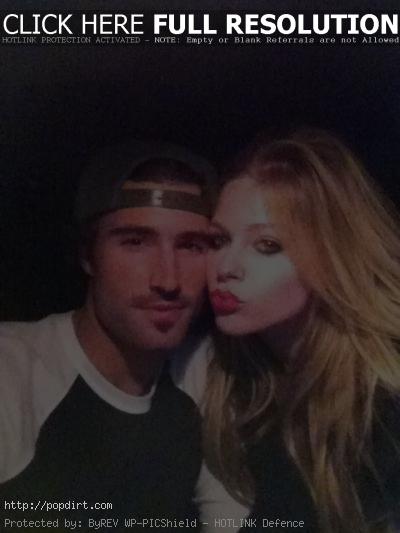 Avril Lavigne checked in with her Twitter followers (@AvrilLavigne) on Sunday after the singer was attacked at the Hollywood Roosevelt Hotel over the weekend. The attack also left the Canadian star’s boyfriend Brody Jenner with a gash on his head after being hit with a bottle. Check out pictures of the injury at DailyMail.co.uk. The 27-year-old writes:

I don’t fight. I don’t believe in it. To clear things up I got attacked by 5 people last night out of nowhere. Not cool. My face is fu**ed.

As in black eye, bloody nose, hair ripped out, scratches, bruises and cuts. So not ok to be abusive to others. Violence is NEVER the answer

Thank you @EvanT for coming over to visit me today and bringing me a hello kitty ice pack. I’m so lucky to have a friend like you.

May 24, 2011 – Avril visited the ‘Sunrise’ studio in Sydney the other morning for an interview. The Canadian pop singer talked about surfing while in Australia, how the new album ‘Goodbye Lullaby’ has a different vibe than her previous work, branching out into business ventures like her clothing and perfume lines, and her Avril Lavigne Foundation which works with sick and disabled children. Watch it via YouTube below.

Avril Lavigne ‘I Always Get What I Want’ Live In Shanghai

May 8, 2011 – Avril is out with footage from her performance of ‘I Always Get What I Want’ at the Grand Stage in Shanghai, China on May 2nd during the Canadian pop singer’s Black Star Tour. Avril’s new album ‘Goodbye Lullaby’ is now available. Watch it via YouTube below.