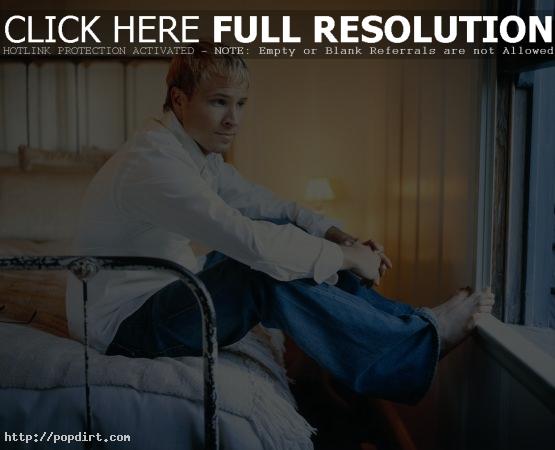 Chosen to be one of the presenters during yesterday’s press conference, Littrell also celebrated his 32nd birthday from the podium with a stirring four-part harmony birthday wish sung by all in attendance. Littrell also told attendees that he just finished recording the next Backstreet Boys studio record not long ago.

Not only will Littrell be competing in the Short Form Music Video category for his clip “Welcome Home (You),” but he will also be co-hosting this year’s show with Dove-winning artists Natalie Grant and Donnie McClurkin.

Littrell, a member of the multi-million selling, superstar pop group, Backstreet Boys, scored his first Dove Award at last year’s show in the Inspirational Recorded Song category for his hit single, “In Christ Alone.” This chart-topping track was recorded for the WoW #1’s project, and was Littrell’s first foray into the Christian market.

After presiding over today’s nomination announcements, Littrell flew to Los Angeles to perform at the 15th Annual MovieGuide Faith & Values Awards hosted by John Ratzenberger. Littrell will then fly to Japan on Friday and play four sold-out shows.

Littrell is currently on Christian radio airwaves all over the country on the song “By His Wounds,” the first release from the multi-artist worship album Glory Revealed: The Word of God in Worship. Littrell takes the project on the road this April and will be joined by Mac Powell, David Nasser, Shane & Shane, Tim Neufeld (Starfield) and more.

The GMA Music Awards ceremony will be held on April 25, 2007 at the Grand Old Opry House in Nashville and will be televised in national syndication in May.