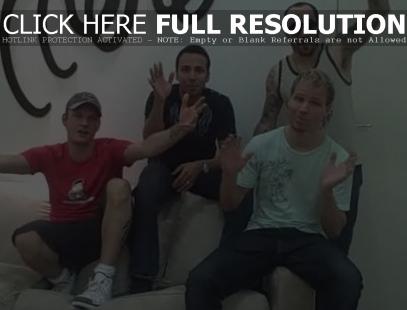 The Backstreet Boys checked in on their YouTube channel while on tour in Brazil, talking about the online ways they’re communicating with fans online, including their MySpace, YouTube, Twitter and official web site at BackstreetBoys.com… the last one was a bit troublesome for Nick Carter to remember.

“You know who we are, we’re the Backstreet Boys,” Howie said, with Nick adding, “We’re just checking in on you guys, seeing how you’re doing. We’re in Brazil right now actually on tour. We have a new web site out too, it’s actually the old one. It’s getting revamped, so make sure you go to BSB.com.” That prompted Howie to correct him. “Nick, it’s actually BackstreetBoys.com.”