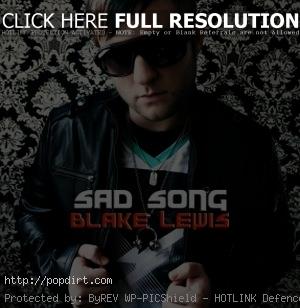 Blake Lewis is out with the music video to his new single ‘Sad Song’, from the ‘American Idol’ season six runner-up’s forthcoming second album ‘Heartbreak On Vinyl’, in stores October 6th on Tommy Boy Entertainment.

The video was shot as a 1940s film-noir style story about the end of a couple’s relationship, highlighted with some 40s-meets-80s style fashion and video editing. The female lead is played by fellow ‘Idol’ alum Casey Carlson.