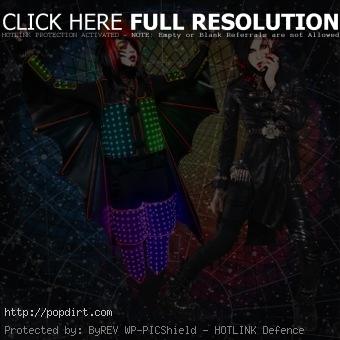 Blood On The Dance Floor released the music video to their new single ‘Rise & Shine’, which goes deep into the mind of a victim of bullying deciding whether or not to fight back with homicidal consequences. The duo, featuring Dahvie Vanity and Jayy Von Monroe, released their fourth studio album ‘Evolution’ earlier this week on their own imprint, Dark Fantasy Records. Until Saturday (June 23), the album will be available for a discounted $7.99 exclusively at Target.

Watch the RAGE & Lucas Keller directed video via YouTube below.

One thought on “Blood On The Dance Floor ‘Rise & Shine’ Video”