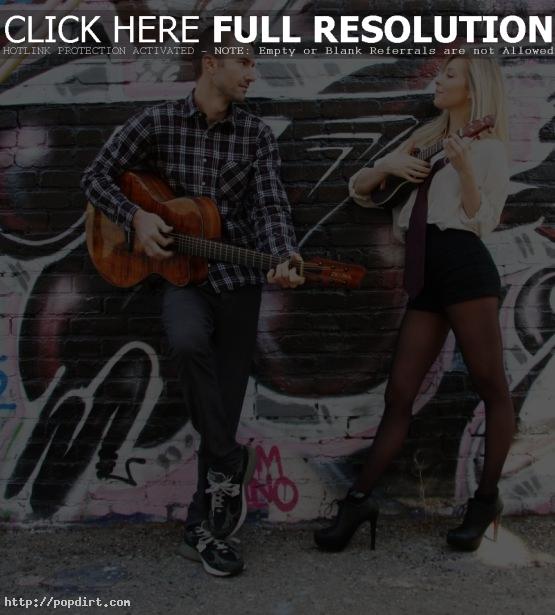 Brandon Jenner and Leah Felder, who perform as Brandon & Leah, spoke with Crushable in a Q&A, where the folk pop duo talked about how they got started making music, their sound, the new album’s recording process and what fans can expect from their debut LP when it drops later this year.

“Well, all the songs on the album, there’s a whole array of emotions,” Leah stated. “I think that ‘Life Happens’ definitely has a happy feeling to it, but there’s a whole array of feelings. So while there’s stuff like ‘Life Happens’, there’s also some other stuff that’s a little different. That was the goal for all of us. We were really trying to write and reflect what we feel inside. It would be dishonest to write an entire happy album.”