Brian McFadden Tells Kerry Katona Via Twitter: You Are Dead To Me! 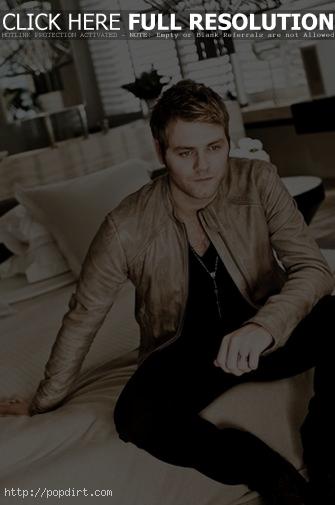 Brian McFadden is firing back at his ex-wife Kerry Katona on his Twitter account (@BrianMcnugget), after she claimed in an interview with News of the World that the former Westlife singer “phones the girls about five times a year – but [our daughter] Lilly doesn’t really know who he is.” Brian said in Tweets that have mostly since been deleted:

A certain pig face mole has suggested my own daughter Lilly doesn’t know me and that I never speak to my kids..

FACT.. I call my girls at least twice a week, and have a beautiful relationship with my daughters…. and call me fat!

Take bowl of mayonnaise drenched chips out of your face and look in the mirror!

Wish certain fu**s would stop selling there stories to rags and find a real job. Not one that means you shove kids face in front of a camera

This happened the last time my career started to go well. Certain person did her absolute best to destroy me and drag me down. Not this time

Sorry about the rant guys.

I’ve kept my silence too long and I cant keep it anymore…. it’s killing me and my beautiful fiance and mum and dad and my friends. ENOUGH!

Sorry for bringing my personal anger to twitter…. let’s have some fun

62 thoughts on “Brian McFadden Tells Kerry Katona Via Twitter: You Are Dead To Me!”