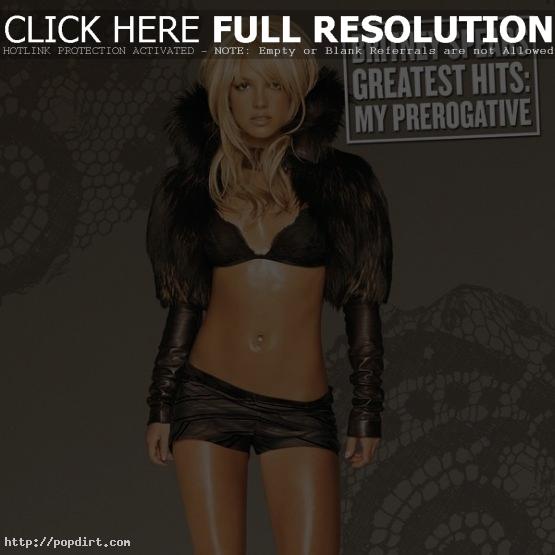 I think people are a tad harsh on Britney Spears. Yes, she barely wears clothing and some say she can’t sing. I think she could stand some coverage, but I disagree with the latter of the two.

Spears released “Britney Spears Greatest Hits: My Prerogative” Nov. 9, and a review I read before the CD release criticized Spears, saying, “The idea of Britney releasing a greatest-hits disc after only five years in the cultural consciousness seems premature. The Rolling Stones should put out a best-of collection. Barry Manilow should. But Britney?”

My thought is, why shouldn’t Britney put out a greatest hits collection? She has plenty of worthy songs to fill a CD and still some left that in my opinion could be added to the greatest hits list. There is no doubt that the Rolling Stones deserve a best-of collection and they have one. And, so should Spears.

Her music has hit and nearly taken over the airwaves since she emerged all young and cute, and whether listeners like to admit it or not they are really listening to the catchy lyrics and addictive beats in her songs. I can’t think of a better CD to jam to in your car or to listen to while working out because even the slower songs are upbeat.

If you say you haven’t joined in on singing a Britney song, you have got to be lying. Hate her if you must, but the pop princess she was is gone and the rock vixen she is now is more than likely is here to stay. If you finally learn to except that Britney is a pop icon and pick up her album, here are some things to listen for.

The first song on her collection is “My Prerogative.” Not the best to start with in my opinion because it’s not really hers and it was a crappy song when Bobby Brown sang it years ago. Not much has changed for Spear’s version. I just skip to no. 2 “Toxic” is hot! It is so packed with beats and dips and squeals.

I love it. If this song doesn’t make you want to dance-then you either don’t have rhythm or you are afraid to admit that you might. Just let go and shake it when nobody is watching. I am toxic with the repeat button when it comes to “Toxic.”

“I’m a Slave For You” is luscious. Even if you are the shyest girl in town, singing this song might make you feel naughty. It implies so much in five little words. And, what man wouldn’t want to hear his girl say, “I’m a Slave for You.” This is another one that can make you want to stand and dance like nobody is watching.

“Oops I Did it Again” goes back to classic Britney when she was apologetic for her vixen ways. At that point she didn’t quite have the power to say “I dropped you on your ass and I don’t care,” so she did it the nice way. It is a bit nostalgic; kinda bubblegummy. I like her newer stuff more, but like Jell-O, there is always room for a classic Britney song.

I remember watching MTV my senior year in high school and all of a sudden a school-girl outfitted, double-braided, knee-sock wearing Britney came on the screen with her song “Baby one more time.”

Well, enough of my two cents. But I would recommend taking your two cents plus a few more dollars to pick up the greatest hits collection. You know you want to – it’s OK, I was in denial too.