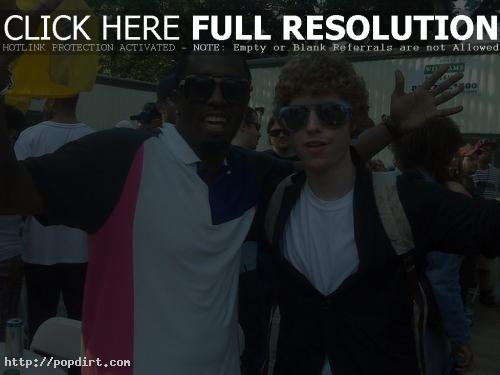 DA Wallach of Chester French checked in with fans on Twitter (@DAChesterFrench) after performing a free show as part of the Central Park SummerStage concert series in New York City, running into Sean ‘Diddy’ Combs in the event. Watch a fan filmed highlight clip of their ‘She Loves Everybody’ performance below and several more from the show at YouTube. Wallach tells followers:

I’m sorry that our Central Park show ended up filling to capacity (5000 people) but we shall return, I promise!

At the airport, sad to leave New York. The show yesterday was so fun and @qtiptheabstract did an inspired job up there too!

«Ashley Tisdale: Save A Horse, Ride A Cowboy
Brooke Hogan Checks In On SayNow Before ‘The Redemption’ Release»