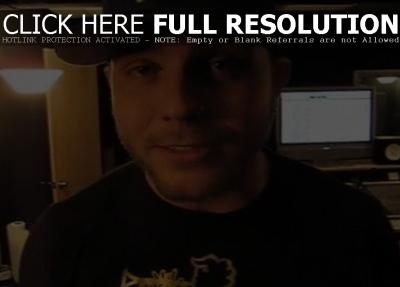 ‘American Idol’ season six finalist Chris Richardson checked in with his MySpace friends (@chrisrichardson) on Monday (December 17), talking about the status of his new music and getting signed to a label. The pop singer tells readers:

Thank You… I know you all must be tired of waiting for the music and most recent news. I apologize for the time it has taken. I’m still shopping around for a deal. Universal Republic seems to be where I am leaning as well as the Red Distribution (Elliot Yamin). Nashville is where I am right now writing with a guy named Josh Hoge on a few tracks produced by Ryan Tedder from OneRupublic. I want to make sure I make the best first album to present myself to the world. Dreyers and Edy’s will be giving away CD’s with each product purchased starting early next year. I have a song on the CD called ‘All Alone’, in which I put a snippet up of. I know it must be frustrating waiting to hear from someone you have supported for so long, I know I would feel the same way. Just know that all the encouragement has made me work even harder and it will be soon before long. I love all you guys! Fan bases from The Richness, Sexypack, and continued… def keep the passion alive. Blake and Jordan will be in Time Square for New Years as will I. Keep your eyes open.

«Jordan Pruitt: Second Album Most Likely Out In May
Fall Out Boy’s Trohman Defends Ashlee Simpson»