Christina Aguilera Discusses ‘Lotus’, ‘The Voice’ And ‘Your Body’ 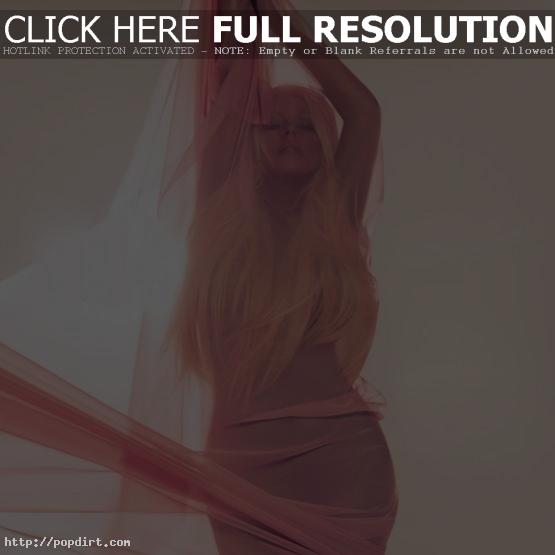 Christina Aguilera was on the phone with Ryan Seacrest of 102.7 KIIS FM in Los Angeles last month to promote her new single ‘Your Body’. The pop singer and ‘The Voice’ mentor talked about the song and its music video, the message behind her new album ‘Lotus’, taking the risk to do ‘The Voice’ with Adam Levine of Maroon 5, Cee-Lo Green and Blake Shelton, her son Max, other pop stars like Britney Spears and Mariah Carey doing the TV now, what she thinks now about her first single ‘Genie In A Bottle’, the success she and Maroon 5 enjoyed on ‘Moves Like Jagger’, and more.

On ‘Your Body’, she said, “It’s just such an upbeat and fun and free song. It gives me yet the opportunity to use my pipes on it and it’s kind of anthemic and makes you want to dance and everyone can sing along to it, so it’s gonna be really fun for me to take it to the road and get an opportunity to share it with my fans.”

On the new album ‘Lotus’ being a rebirth for her, she said, “The word lotus I’ve come to getting to know it as the unbreakable flower. No matter the harshest of surroundings or what kind of weather conditions it goes through, it still stays strong and is able to stand the test of time. I’ve been around over a decade in this business, and this point in my life the last time my fans heard me, I’ve gone through a lot of stuff like being on ‘The Voice’ has inspired me in new ways. It’s about personal freedom for me. I definitely went into this record finding my individuality all over again. It’s almost like a ‘Stripped 2.0’ if you will.”

She added, “There’s definitely a secret kind of window into my heart with this record and definitely the fans will get their ballads and all of that. It definitely gives you a flavor and a piece of different sides of me, the sassy side, the vulnerable side, and a look into how I’ve been feeling and what I’ve been going through over the past few years and the new woman I’ve become. That’s what ‘Lotus’ is all about.”

Asked if she was skeptical about doing ‘The Voice’ at first, Aguilera said, “I think the four of us came together, me, Blake, Adam and Cee-Lo, and we were all sort of holding hands together and jumping off the cliff and saying we believe in this concept. I think Mark Burnett really was what really helped us all understand this wasn’t to poke fun at people, this was something that was about promoting true talent and supproting that. We can poke fun at each other, but we’re not into doing that to the people on stage. The four of us know what it’s like to have these tours, to go to these awards shows, what it takes to have the guts to go up there and perform, and it can be nerve-wracking, so we’re all in support of that. I don’t know if I could think of a better four to go up there. These guys are like my brothers at this point. It’s hilarious what we do behind the scenes and then on camera. It’s so funny. One second me and Adam are in the back, Blake’s taking a nap and I take my red lipstick out, we’re bored and we start writing profanity on the outside of his trailer.”