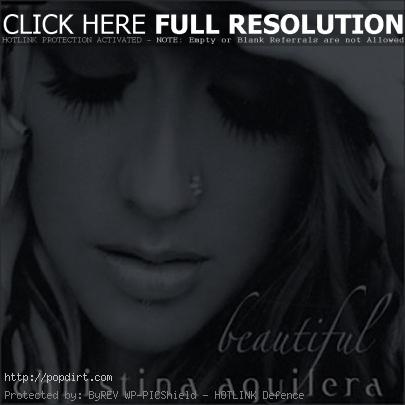 Christina Aguilera made a huge impact on this week’s Billboard Hot 100. “Beautiful” makes yet another gigantic leap, jumping 11 spots from #22 to #11. “Beautiful” is also Billboard’s #1 biggest single that is an album cut, AND the Billboard Hot 100’s #1 ballad of the week. Meanwhile, “Dirrty” jumps one spot from #69 to #68. “Dirrty” is expected to hit the top 20 in 2 weeks, if it maintains its top 70 position, due to the fact that a commercial CD single will be released for it next week. Read on for more chart positions.

Good Charlotte’s single debuted at #61 on the Hot 100, thanks to Benji kissing up to Christina, no doubt. Although I, Myke, am still her #1 fan.

O-Town’s “These Are The Days” was stuck at the #64 postion for its second week in a row. Other singles stuck in last week’s positions were J.Lo’s “Jenny From The Block” at #3, and Michelle Branch & Santana’s “Game Of Love” at #5.

Madonna’s “Die Another Day” continues its downward spiral this week, dropping 2 spots to #16. Also on a downward spiral, Justin Timberlake’s “Like I Love You” falls out of the top 20, dropping 4 spots from last week to #21, making Christina Aguilera the #1 most dominant former mouseketeer on the Billboard Hot 100.

Avril Lavigne’s “Sk8r Boi” drops 6 spots to #26, allowing Christina Aguilera to remain the #1 biggest blonde solo singer on the Billboard Hot 100. Christina also has the #1 biggest song by a solo SINGER with NO collaborations on this week’s Hot 100.