Christina Aguilera’s Latest Is ‘Basic’ But In No Way Standard 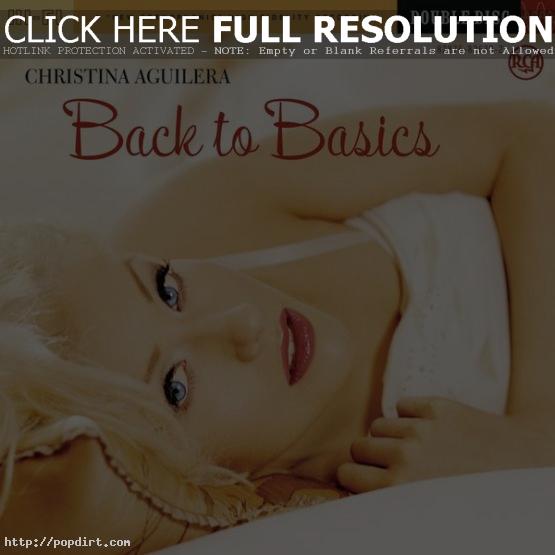 Disc two of Christina Aguilera’s “Back to Basics” album is beyond any established standard or criteria for pop music.

The Moulin Rouge-tinged, circus opening is an audio extravaganza that spills seamlessly and theatrically into the first song of the second disc. From there Chris soars into “Candyman,” a vintage, bubblegum riot of a track, which even the most musical elitist of individuals will find hard to resist. The song simply takes you to another world!

Track 3 is where the finger-snappin and boot-tappin liveliness gives way to more heartfelt, drama-filled ballads sung to the hilt by Aguilera. Producer Linda Perry’s genius is apparent on the second disc as the incoherent artsiness of the songs is held together by only one consistent medium: Christina’s esophagus-ripping vocals. Well sung as the cuts are, the CD loses a lot of steam, even as it becomes more beautiful, when it slows down.

Disc one has a smooth groove and thumping beats, but is as forgettable as Aguilera’s last hair color. As other reviewers have complained, I can testify that it is indeed over self-indulgent. The so-called “Thank You” track is almost laughable with Aguilera’s assumption of self-importance and its lack of sincerity. It sounds less like she wants to tributize and more like she wants to be thanked herself. “Ain’t No Other Man” shines on the first disc and goes on to be the best of the first group of songs-by far. In fact ANOM should have been swapped to the second disc along with the “Pray” song, and Chris would have a bona fide pop, throwback masterpiece on her tiny hands.

“Back to Basic” is too long, as was “Stripped.” There are frankly some filler songs that needed to be either re-vamped or axed altogether in order for the album to have a bigger, more immediate impact. Someone in Aguilera’s camp should have made mention of this.

Naysayers may claim that Aguilera’s ambition to make an album worthy of the classic artists she admires is well beyond her ability. They are wrong. Christina has a voice so strong and vital and raw that, at times, it sounds utterly un-human. With such an impressive vocal register, she has a sound that can transcend the ages. I say this b/c it will be at least an Age before we hear anyone with a fraction of her natural born 808, lung power. The perfection and timelessness Aguilera seeks is within her grasp…she just needs to learn when to stop.