PerezHilton.com claims to have evidence showing ‘American Idol’ season two runner-up Clay Aiken trolling the internet in search of the company of another man in the Durham, North Carolina area. 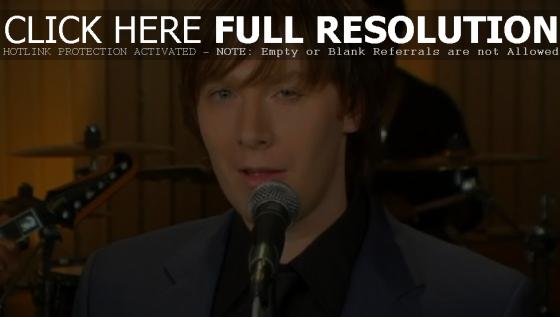 January 25, 2007 – Clay is out with a live video to his new single ‘A Thousand Days’, from the album ‘A Thousand Different Ways’. Watch it via YouTube below.

December 29, 2006 – TMZ reports Clay’s diva-like behavior has got Joshua Willard, who won a North Carolina singing competition to perform with the ‘American Idol’ season two runner-up upset. Aiken is being accused of booting the 15-year-old boy off of a concert line-up simply because he wasn’t festive enough when choosing to sing Stevie Wonder’s ‘Superstition’ with the Greensboro Symphony during Clay’s Holiday concert on Saturday. Read more.

Clay Vs. Kelly Vs. Rosie

December 27, 2006 – Our previous poll asking how you felt about the Clay Aiken vs. Kelly Ripa vs. Rosie O’Donnell feud saw 41.9% respond that Rosie is way too paranoid about homophobia, while 38.1% said the story was so overblown. Well back of those responses were Kelly is a hypocrite at 13.8% and Clay used too much force with his hand at 6.2%.