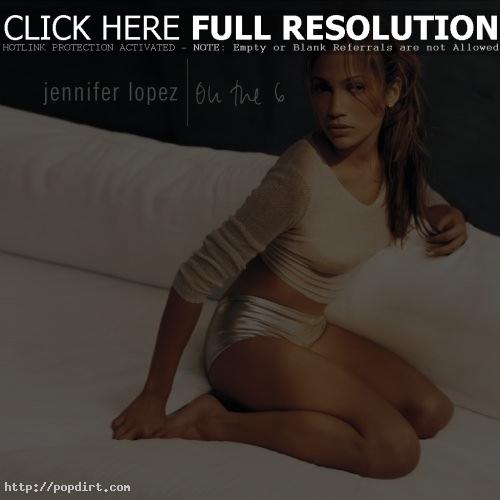 Conan O’Brien told viewers on his Late Night show on Tuesday the story behind his bumping of his third guest and then minor star Jennifer Lopez on February 13, 1997. Turns out she was furious afterwards and hasn’t forgiven Conan for the slight. Conan explained what happened last night and offered an apology to J.Lo, with an offer to make her a 2nd guest on Friday, April 19. Read on for what he had to say.

Go back to that other card. I want to tell them exactly when this happened, February 13th, 1997. That’s when this happened. The show started at 12:35, as usual. My first guests that night were Siskel and Ebert. I talked to those two first. The interview was going well, so, I asked them to stick around and do a second segment, which happens sometimes. That’s the second segment, as opposed to the first.

[ Laughter ] anyway then we took a break. Come back and I introduced a character that was making his first appearance ever on our show. It was the first appearance that night of ‘triumph the insult comic dog.’

[ Applause ] all right. And he went on to bigger and better — he’s bigger than me now. He’s got his own showtime special. Anyway, after another break i introduced my next guest, comedian Jeffrey Ross, and he came out and he did a good job, he was funny. So i invited Jeffrey Ross to stay and do a second segment. And he read some of his comedy poems and it was good. So anyway, time got away from me. I did two segments with two sets of guests. Before i knew it, it was time to say good night. This is absolutely true, i swear to god. There was no time that night for our third guest. Here’s what happened. All right, everybody, that is our show for the evening. Our apologies to Jennifer Lopez, we ran out of time, but we’ll have her back real soon. I do want to thank my other guests, thanks for coming, very funny.

[ Laughter ] listen to this, I’m not kidding, all right? We bumped Jennifer Lopez.

[ Laughter ] bumped her. We actually did it. It’s absolutely true. She was just getting started, right? She hadn’t become what she is today. Well, since then, everybody knows, j-lo, as I call her. That’s a little nickname i made up.

[ Laughter ] J.Lo has become one of the biggest stars in the world. And we sometimes look back at that ta a and there i am, saying, ‘i just talked to Siskel and Ebert for 40 minutes, Jeffrey Ross for 40 minutes. There’s no time for Jennifer Lopez.’ Since then, we’ve tried to have her come back on the show, but we are totally screwed. She has not forgiven us for bumping her five years ago. She was mad that night. She was yelling at me in Spanish, I didn’t know what she was saying.

[ Laughter ] she was mad. And we tried a couple times to call her up and go, ‘hi, Jennifer Lopez, you think you could come on my show?’ ‘Who is this?’ ‘It’s actually Conan O’Brien.’

[ Laughter ] and I have to hang up the phone. We’re gonna try and fix this problem tonight, okay? Tonight, I’m publicly apologizing to you, Jennifer Lopez, ’cause i know you’re watching. She loves me.

[ Laughter ] J.Lo, I’m asking you to come back on our show. We were wrong to bump you. To ensure that there is no chance that you’ll get bumped again, we will, this time, here you be the second guest instead of the third, okay.

[ Applause ] you’ll be number two, instead of number three.

[ Applause ] here’s our offer. We would like you to come on our show Friday, April 19th, when our guests will be Stone Phillips from ‘Dateline,’ then you, after Stone Phillips. Then musical guest Ben Kweller. You’d be right there in the middle. Think about it, what are the odds that I will ask Stone Phillips to hang around for an extra segment? Okay? Can you talk to him? ‘It ain’t gonna happen.’

[ Laughter ] please. Jennifer, Jennifer, you are a talented singer, you’re an actress, beautiful and charming. We have the utmost respect for you. We would love to have you back. Please forgive us. Also, forgive us for the butt jokes.

[ Laughter ] we’ll have you back on. I think she’s gonna come back, don’t you?

[ Cheers and applause ] I really do. I think she is. She’s coming on this show.

[ Applause ] I bet the lines are ready humming. I bet Jennifer’s already calling us right now