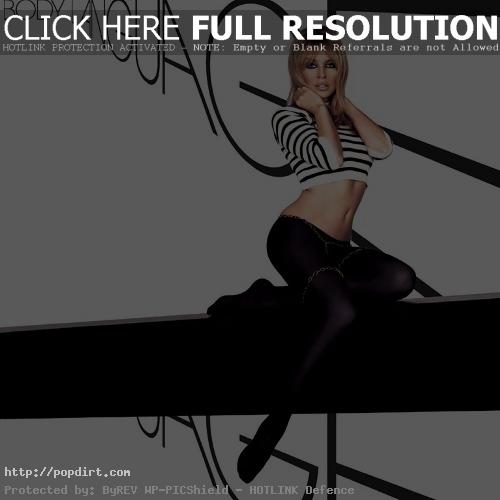 The Daily Express pitted Kylie Minogue’s new album ‘Body Language’, against Britney Spears’ new album ‘In The Zone’, giving each a review, as they are both released on the same day in the UK. Here are the reviews:

‘Body Language’ – Described by Kyles herself as having “less angles and more curves” than her previous work, Body Language is a fantastic, sexy and smart collection of songs that takes pop to a grand new level of sophistication. Consistent, catchy and danceable, this is pop music for grown-ups. ***** 5/5

‘In The Zone’ – Employing a scattergun approach to record-making, Britney here shoots randomly at every fashionable musical style imaginable in the vain hope of scoring a hit. Hip hop, pop, r&b, ballads and even dancehall all get a look in but both the material and her voice aren’t strong enough to carry them. While Justin, Christina and Kylie have managed to take their music to a new level, Britney continues to search for a consistent identity. This is a mess.
** 2/5

November 5, 2003 – Edinburgh taxi driver told The Glasgow Daily Record he couldn’t believe his eyes when Kylie Minogue stepped into his cab, but his delight soon turned to disappointment when he realized his passenger was just a professional lookalike. “I knew it wasn’t her when she spoke in an English accent,” he admitted. “I was too much of a gentleman to look at her bottom on the way out.”