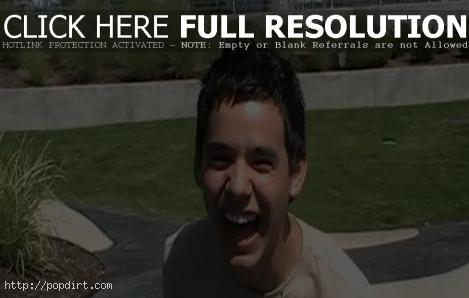 David Archuleta was spotted signing autographs outside the Sprint Center in Kansas City, Missouri on August 29th, where the ‘American Idol’ season seven runner-up was presented by a fan with some ChapStick.

After taking a break to moisten his lips, Archie resumed signing while his father Jeff spoke with the fans who gave him the lip balm.

One thought on “David Archuleta Applies ChapStick In Kansas City”