David Archuleta Checks In From The Philippines 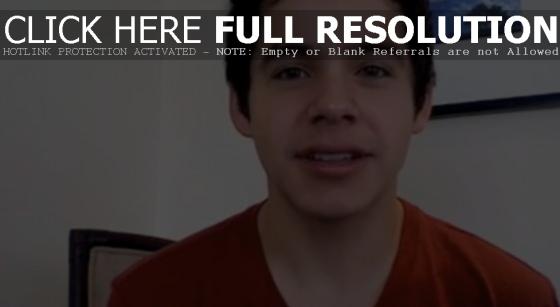 David Archuleta checked in on his YouTube channel while in the Philippines. The ‘American Idol’ alum said he had a really great time in Singapore, adding that it’s been great for him to see the Asian fans again. He also talked about problems with his eye always getting red. “When I kind of put strain on my eye, whether it’s trying to stay up later than I want to or trying to stay up later than my body wants to, or getting up earlier than I want to, or exercising. Things like that. Anything like that can make my eye red. It’s weird.” Watch the comments below.

4 thoughts on “David Archuleta Checks In From The Philippines”