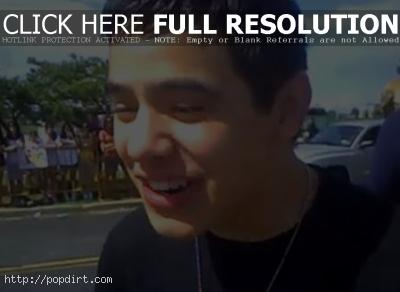 David Archuleta was videotaped signing autographs for fans outside Nassau Coliseum in Uniondale, New York on Monday (August 4), ahead of the American Idols Live 2008 concert at the venue.

Fans of the ‘Idol’ runner-up serenaded Archuleta with his new single ‘Crush’ and passed gifts to the Utah teen, who was heard thanking his “International Archies”.