David Archuleta With His Family In Atlanta 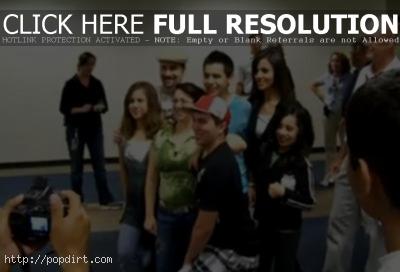 David Archuleta was videotaped after the American Idols Live 2008 tour stop at Gwinnett Center in Atlanta, Georgia on Monday night.

The ‘Idol’ season seven runner-up was seen posing for a family photo with his mother Lupe, father James, brother Daniel and sisters Amber, Melissa and Claudia. While attempting to chew a cookie he was eating to take the picture, David leaned over so people couldn’t see him. Then, his mother Lupe checked his teeth to make sure they were clean.

One thought on “David Archuleta With His Family In Atlanta”