David Archuleta’s Appetite Gets Fueled By The Food Network 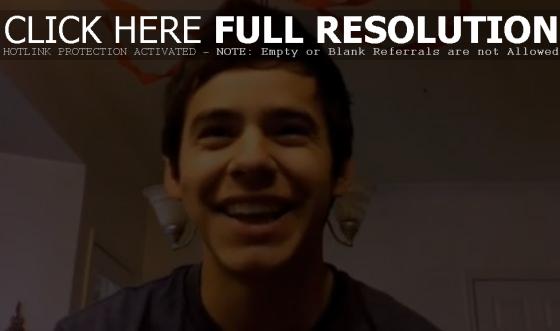 David Archuleta checked in with an update on his YouTube channel. The ‘American Idol’ alum talked about his visit to DC last weekend, going to Disneyland with his sisters a few weeks ago, visiting corn mazes, remembering how a crop circle was made into his face, and plans to head to California next week. His sister showed off the Halloween pumpkin he made and Archie then talked about his recent television habits. “I’ve been watching TV more. I’ve been watching The Food Network and I think it’s weird with the cold, I just eat a lot more and it’s not good, but maybe with The Food Network, watching too much of that has been in play,” Archuleta told fans. Watch the update via YouTube below.

«Charlotte Church ‘Back To Scratch’ Video Behind The Scenes
Gwen Stefani Gets Colorful With Latest L.A.M.B. Fashions»