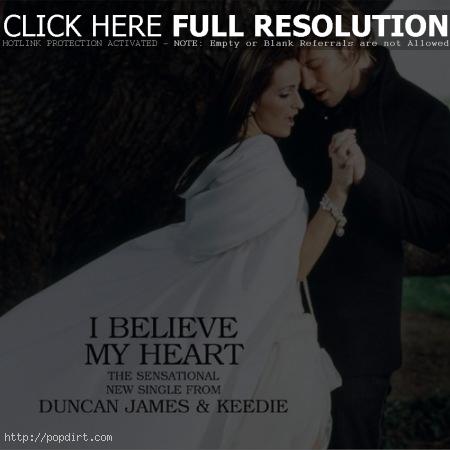 Blue singer Duncan James has teamed up with Keedie on the lead song from Andrew Lloyd Webber’s new musical ‘The Woman In White’. Watch the video for ‘I Believe My Heart’ online at YouTube.

August 25, 2004 – According to The Glasgow Daily Record, Duncan James of Blue is so fed up with London traffic he’s got a scooter. The singer can now get in and out of jams without suffering delays and with his helmet on, he doesn’t get bothered by autograph hounds.

August 15, 2004 – News of the World reports Blue star Duncan James has been vacationing with pal Tara Palmer-Tomkinson after both recently split with their respective lovers, now the friends have added romance to their relationship. “There has always been an intense chemistry between the pair,” a source explaind, “and they are now both in a position to unleash it.”