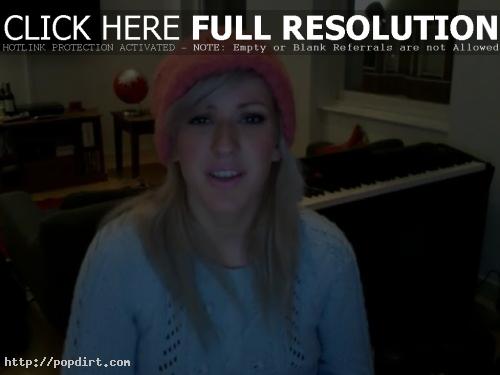 Ellie Goulding spoke with Clevver News about the possibility she’ll move to America to be with her boyfriend Skrillex. “I scarily love LA a lot so I’m thinking about moving here,” the British pop singer explained. “My fans in the UK might be quite sad to hear that.”

As for the summer festival circuit, Ellie said that she’ll attend shows but won’t perform. “I’m writing, I’ve got to finish my album,” she said. “I would not get my album finished if I’m performing at festivals everyday.” She added that for the album release, she “really hopes October.”