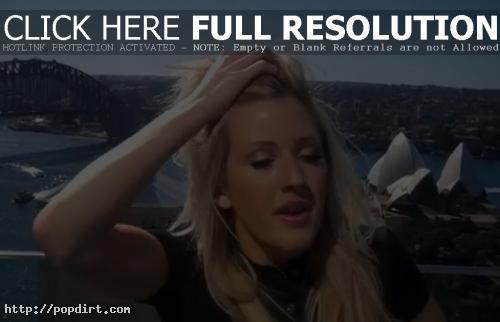 Ellie Goulding spoke with Virgin Radio in France about how her life has been “pretty insane” since winning “the awards in 2008” (they probably meant her Brit Critics’ Choice Award win in 2010), being happy at the moment, what French artist she’d like to collaborate with, working with Calvin Harris on a bonus track called ‘I Need Your Love’ from her new album ‘Halcyon’, and plans to perform in France if not by the end of this year, the beginning of next year. Ellie then performed her hit ‘Lights’, the title track from her 2010 debut.

Listen to the brief interview and performance via Soundcloud below.