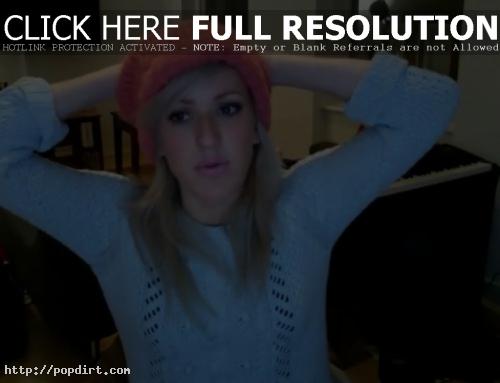 Ellie Goulding hung out with JoJo of KIIS FM in Los Angeles recently, where the English pop singer talked about jogging with JoJo, being a green tea drinker, how ‘Lights’ has become a big hit in America much to her surprise, the music video for her ‘Halcyon’ lead single ‘Anything Could Happen’ and how she once forgot the words to her song on stage in Glasgow and blamed her sound guys.

On the success of ‘Lights’, she confessed, “I don’t understand what’s happened to this song to be honest. I wrote it about four years ago and in the UK it was like the sixth single, so it kind of just came and went really. Here, it’s like a stealth hit, is what someone said, because it just creeped up the charts. I didn’t pick this song to be on my best album, did I?” It was actually her manager that pushed to release the track.

On her most embarrasssing on stage moment, Ellie confessed, “I forgot my words once and I was so embarrassed that I decided to blame it on my sound guys and pretend my microphone wasn’t working. I was just pointing at it and giving them the angry face. If I remember it was in Glasgow I think in Scotland. It wasn’t he first night of a big tour.”