Ellie Goulding Performs On The Roof Of The Standard In LA 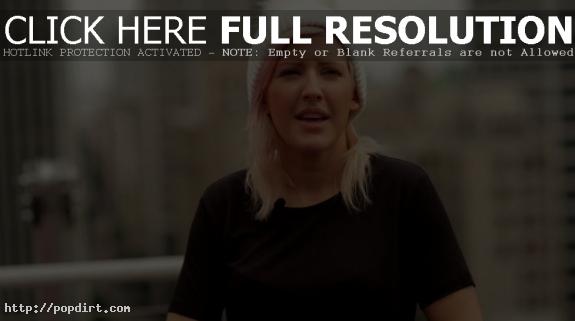 Ellie Goulding is featured on VEVO GO Shows, where the British singer songwriter performed her track ‘Anything Could Happen’ on the roof of The Standard hotel in Los Angeles. Beforehand, Ellie talked about the rooftop setting for the intimate performance.

“I think it’s cool to play here at The Standard, a quintessential part of LA,” Ellie explained. “It’s kind of touristy and I’m still kind of a tourist. I like the idea of playing up on the roof and having everything literally in the background. If I’m gonna do an acoustic performance, an intimate performance, I may as well make it the most LA vibe that I can. Sometimes I get nervous, but never know what to expect at all every in my life. I just like to have fun, really.”

After performing the song and getting a healthy round of applause from the small audience, Ellie said, “The GO Show was good, because it was a challenge, and I like a challenge. The thing is, it’s really weird but at the same time it’s like I should be able to go up and do that. I was like I’m just gonna do it the best that I can. To be honest, it’s so good to do stuff like this. I mean, obviously it’s different, but it’s good because there’s nothing I haven’t done now. Standing on a podium and singing to people with no microphone is quite weird.”