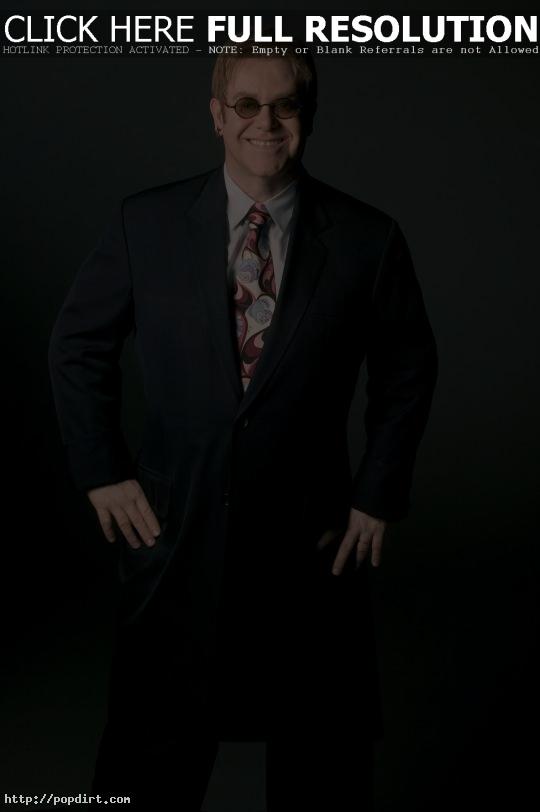 Jay Leno joked during his Tonight Show monologue on Friday night, “Elton John said some negative things about George Michael’s new album, and now George Michael has lashed back at Elton John. It’s hard to figure out who started this. You know, this is a classic case of she said/she said.”

Madge: The Female Singer With The Most Loot

December 15, 2004 – Contributed by StilettoSadist: On ABC’s ‘Life Of Luxury’ which aired on Dec. 13th Madonna was named the richest female artist with a estimated fortune of $613,000,000. Behind Madonna was Celine Dion and Barbra Streisand.

December 14, 2004 – Contributed by StilettoSadist: Madonna’s blockbuster Re-Invention tour took all of the drama out of the top tour of the year race, ringing up a year’s best $125 million in total box office gross by the time it wrapped in September. According to Billboard Boxscore, Madonna sold out 55 of 56 performances worldwide, with an average nightly take of $2.23 million. Prince’s Musicology tour drew nearly 1.5 million people, more than any other artist, and grossed $90.2 million, second only to Madonna. Shania Twain was third, reporting grosses totaling $62.5 million. Fourth went to Simon & Garfunkel with $59 million and next was Metallica at $53.8 million. The full story at billboard.com has since been removed.

November 27, 2004 – Madonna has hit back at Elton John after he accused her of lip-synching, telling People magazine she thought he was a friend. “He was obviously having a bad day,” she said. “When I read about it I was surprised, because I’ve always thought of Elton as a friend. I’ve had tea at his country house. I’ve had dinner at his house in the city and in restaurants.”

November 9, 2004 – Elton John was Chris Moyles’ very special guest on Monday morning on his Radio 1 program. As well as giving a preview of an Eminem-produced Tupac Shakur track featuring Elton John, he talked about the truth about those engagement rumors to boyfriend David Furnish, his new album ‘Peachtree Road’, and threw in a few expletives much to Moyles’ discomfort. The interview and the Tupac clip ‘Ghetto Gospel’ have since been removed from bbc.co.uk.

No Chocolates For Elton John Coming From Madonna

November 9, 2004 – Madonna’s rep is denying reports that she sent a box of chocolates and a note to Sir Elton John saying: “Obviously, you have too much time on your hands,” after his remarks critical of the Material Girl for lip-synching. “If Madonna were to respond to Elton, you know it would be way way more clever than candy and that pathetic line,” the rep insisted.

One thought on “Elton John And George Michael Duel”