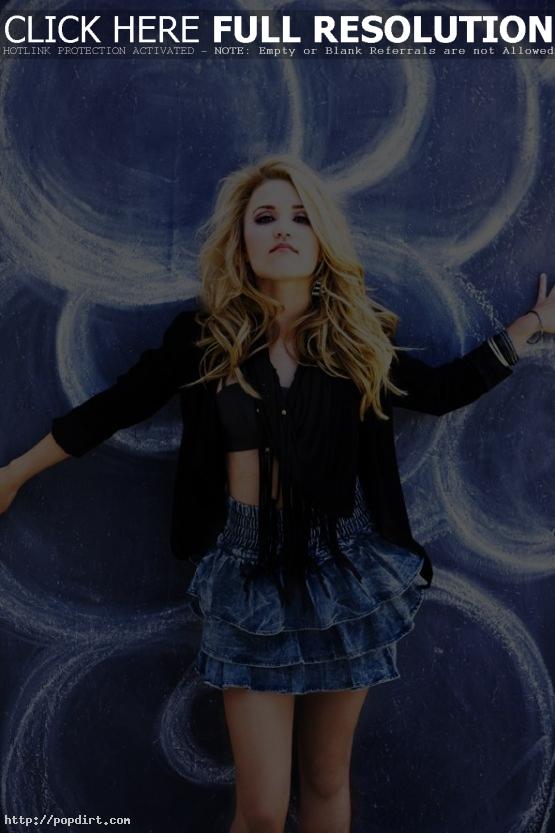 Emily Osment is celebrating the release of her Wind Up Records debut album ‘Fight or Flight’, which hit stores on Tuesday. The album was produced by industry veteran Nellee Hooper and the ‘Hannah Montana’ star co-wrote all of the tracks on the release. ‘Fight or Flight’ is a blend of Emily’s classic rock influences and state-of-the-art electropop. “I don’t want to write songs that are just surface-deep,” explained Emily, whose own favorites growing up included Led Zeppelin, The Beatles, The Monkees, The Doors and Herman’s Hermits, as well as modern groups like Pixies and Massive Attack. “I want to be in a world where I’m making the kind of music I want to make, and that’s what I’m doing right now,” she explains about the album. “I want to find a balance between Top 40 songs like ‘Lovesick’ and ‘Let’s Be Friends’ and more complex material like ‘Marisol’ and ‘You Get Me Through'” – the latter of which was written by Emily for her mother, whom she credits with giving her her love of music. “I’ve given 1000% to making this album,” she explained. “I won’t settle for mediocrity.”