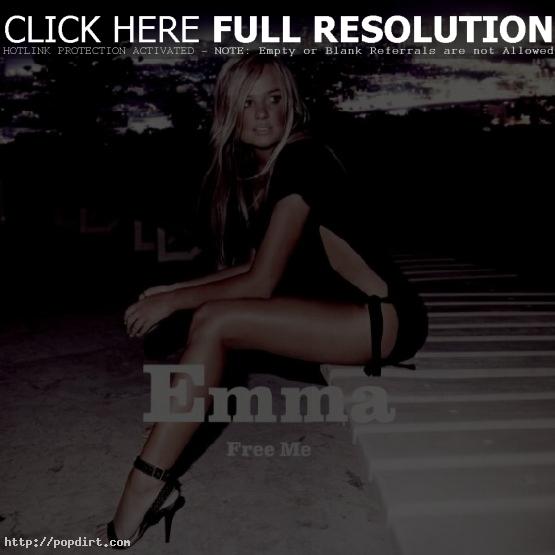 The remix video for former Spice Girl Emma Bunton’s ‘Free Me’ single can be viewed at YouTube. The track is from the British pop singer’s second studio album, also titled ‘Free Me’.

December 15, 2004 – Former Spice Girl Emma Bunton’s latest material is set for release in America after the ‘Free Me’ remix shot into the top 5 of the dance charts. The album of the same name is set for release on January 25th and Emma admits to being thrilled at the idea.

“When I first heard that the dance remixes were on their way up the charts in the US, I was ecstatic,” Bunton said. “I couldn’t wait to get there! They (America’s Spice Girls’ fans) were always there for us, which is why I always feel so at home there.”

The album will be Emma’s first solo album release in the States and American fans can look forward to seeing Emma fulfilling promotional duties on their side of the pond in the near future.

No Sex For Nine Months For Emma Bunton

December 5, 2004 – The Sun reports that former Spice Girl Emma Bunton has admitted she hasn’t had sex for nine months, and wasn’t likely to break the streak after leaving London club No5 Cavendish Square alone. “It’s been a while, I know – I’m too bloody busy,” she admitted.