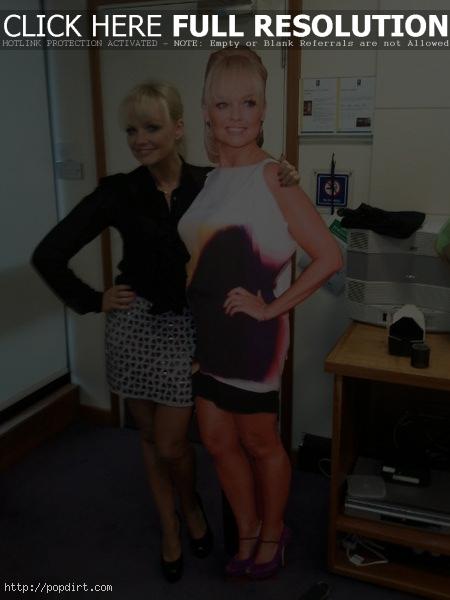 Emma Bunton just checked in with her Twitter followers (@EmmaBunton) to announce she and Jade Jones are expecting their second child. The former Spice Girl tells readers:

So our family grows, we are SO excited to announce we’re having our 2nd baby and beau’s wish for a brother or sister has come true! Xxxxxxx

July 23, 2010 – Emma Bunton checked in with her Twitter followers (@EmmaBuntonHeart) moments ago to throw cold water on reports that the Spice Girls are plotting another movie as a sequel to their 1997 film ‘Spice World’. “Now we’re all involved in the new Spice Girls film, which is being done by Judy Craymer and the team behind Mamma Mia,” Emma had reportedly told the Mirror. “We email each other ideas and we are overjoyed it’s happening.” Emma writes:

Guys I’m sorry but I DID NOT mention that we would be doing another film! But we r very excited about r musical in the theatre!