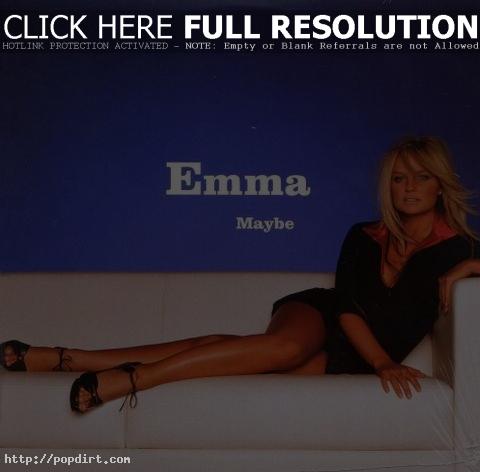 After seeing her debut US album be met with underwhelming success, former Spice Girl Emma Bunton will still release a second single. 19 Records still has faith in the project and will will release the second single in April. The second single is, ‘Maybe,’ and so far the remixes have been big club hits, it has reached as far as #12 on Billboard’s club play chart. A CD single will be released on April 5th with music previously unreleased in the US. Read on for the complete ‘Maybe,’ tracklisting.

February 13, 2005 – The People reports that Emma Bunton and longtime on/off boyfriend Jade Jones regularly log in to Iwishfor.com and post lists of gifts they want for birthdays, Christmas – and Valentine’s Day. “It’s very hard to buy presents for me, people think I have everything I need,” the former Spice Girl said. “So this is a great idea.”

One thought on “Emma Bunton To Release Second US Single”