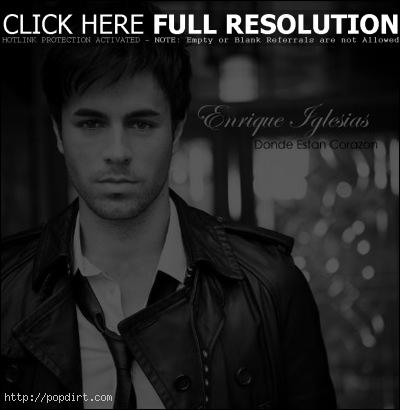 Enrique Iglesias is out with the video to his new Spanish single ‘Donde Estan Corazon’ (‘Where Are They, Sweetheart?’), is a nostalgic and melancholic song which speaks about past times, lost loves and memories. The song is written by Enrique Iglesias and Argentinean singer/songwriter Coti Sorokin, while the video is directed by Paul Minor. ‘Donde Estan Corazon’ is the lead single off Enrique’s upcoming greatest hits album ’95/08′, out March 25th.