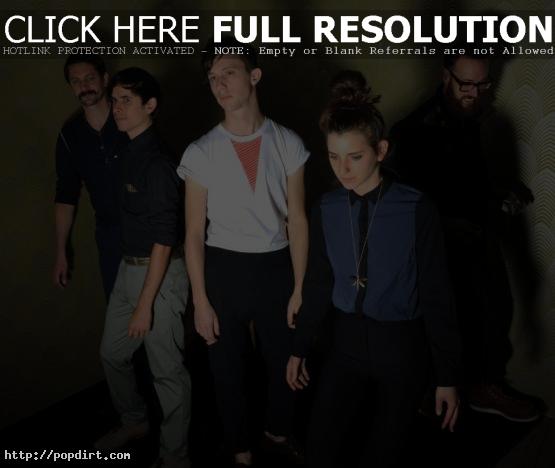 Fanfarlo have released a new song and video for ‘Replicate’, a track from the UK five-piece’s forthcoming album. ‘Replicate’ is currently available for free download on their newly re-launched website, fanfarlo.com. The song’s companion video was directed by Alex Southam and can be viewed below.

The band’s as-yet-untitled forthcoming album, which was produced by Ben Allen (Animal Collective, Deerhunter, Gnarls Barkley), is expected to be released in early 2012.

In addition, Fanfarlo has announced a London show, a handful of US tour dates, as well as shows in Spain. The North American dates kick off at Boston, MA’s Brighton Music Hall on October 25th and stops in New York City, Washington, DC, Brooklyn, and Philadelphia. See below the cut for full itinerary.

“I think our first record was quite folky, and we sort of went poppy for this record,” lead singer/guitarist Simon Balthazar told Paste Magazine about the album. “There are influences from the late 70s, early 80s, punk and post-punk. A lot of that experimental stuff.”