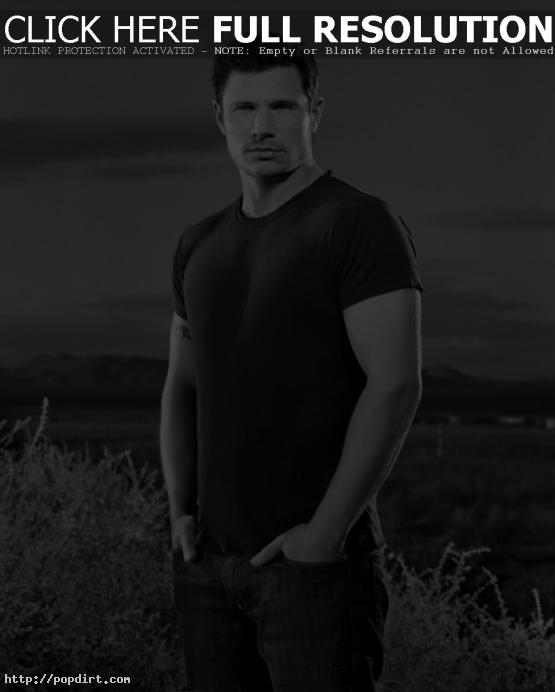 People caught up with Nick Lachey in Tampa Bay Friday night, where the former 98 Degrees singer was hosting a kickoff party for his Super Skins Celebrity Golf Tournament. The 35-year-old talked about how great it is his girlfriend Vanessa Minnillo is as much of a sports fan as he is. “In fact, football night often becomes date night, which is a nice combo for me,” the Cincinnati native said. “She’s down to hang out and go to the game. So it’s definitely something we agree on.”

January 30, 2009 – Nick Lachey tells ‘Extra’ that the media uproar over his ex-wife Jessica Simpson’s weight gain has him shocked. “I wish her nothing but the best, and I hope she’s happy – whatever size that comes in,” the former 98 Degrees star said. “I can’t believe it’s this big of a story and people are making such a huge deal about it. I’m never ceased to be amazed by people’s reactions to things.”

Nick Lachey: I Can’t Be A Serial Dater Like George Clooney

December 17, 2008 – Nick Lachey stopped by the Q92 studios to hang out with Nikolina and some of the Canton, Ohio station’s lucky listeners.

Asked about why he got in a serious relationship with Vanessa Minnillo so soon after his divorce from Jessica Simpson, the former 98 Degrees singer responded, “I can’t be like the Playboy guy. I mean I love George Clooney, I couldn’t be George Clooney. You know, just be like a serial dater. For me, I enjoy – even though my marriage didn’t work out – I enjoy the idea of being married. For me that’s the ultimate goal, to have a family and all.”

Nick also talked about his new album ‘Coming Up For Air’, and his new single off the album ‘Patience’, a cover of the Take That hit. Watch a portion of the interview below.

«Michael Lohan: Please Help Lindsay And Possibly Save Her Life
Demi Lovato Discusses ‘Sonny With A Chance’ On ‘The Early Show’»