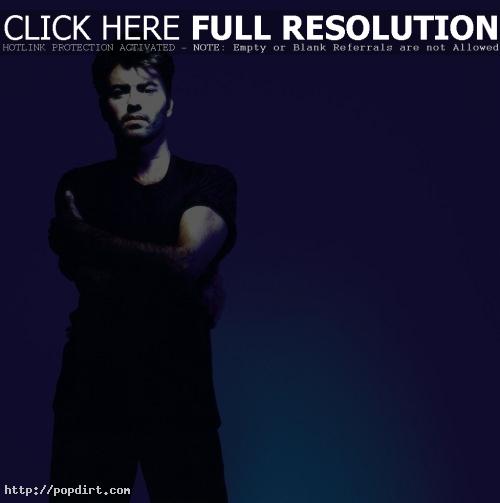 George Michael has hit out at Madonna for her Video Music Awards kiss with Britney Spears and Christina Aguilera while performing ‘Like A Virgin’. “I have great respect for Madonna but I was a bit horrified about that MTV thing,” he told The Courier-Mail. “It really smacked to me of ‘Oh dear, my album isn’t selling’, so within six weeks of them working that out, you see her on stage with Missy Elliott and Christina Aguilera and Britney. I just thought she didn’t need to do that. I don’t actually think it’s a bad album.”

March 19, 2004 – The New York Daily News reports Ticketsolutions.com, an entertainment Web site offering seats to Madonna’s upcoming concert, had a date at the Los Angeles Staples Center listed as September 9th, 2051. “If anyone is going to still be standing in 2051, it’s going to be Madonna,” her rep Liz Rosenberg joked. “She’s 45 and in 47 years she’ll be 82. There’s an old Motown song called ‘Doin’ the 81.’ So maybe she’ll be ‘Doin’ the 82′.”

March 16, 2004 – Contributed by StilettoSadist: Ryan Seacrest made a big announcement on his show ‘On Air’ today. He said one of the world’s biggest stars will be on the show tomorrow to announce their upcoming world tour. Right after rumors were flying around that it could possibly be Madonna.

March 15, 2004 – Jeannette Walls of MSNBC.com reports Madonna and Guy Ritchie recently attended a Purim party thrown in Los Angeles by Kabbalah. “It was a costume party and she came as a French courtier and he was dressed as a Viking,” an insider revealed. “They’re both totally normal.”

March 14, 2004 – DrownedMadonna.com is reporting that Madonna is fuming over recent leaks that are being revealed concerning her 2004 world tour, but the website obtained some additional information anyways. The website states, “Homosexuality will be playing a pretty big role in this tour and Madonna will participate in some more girl on girl lip action. It is rumored that the ‘Die Another Day’, which was rehearsed with a male dancer will now be a performance between Madonna and another female dancer.”

March 14, 2004 – News of the World reports Madonna is seeing specialists at a top fertility clinic in Los Angeles in her desperate bid to have a third baby. The 45-year old singer, who was with a female assistant, spent 45 minutes inside the clinic, which specializes in reproductive problems and in-vitro fertilization.