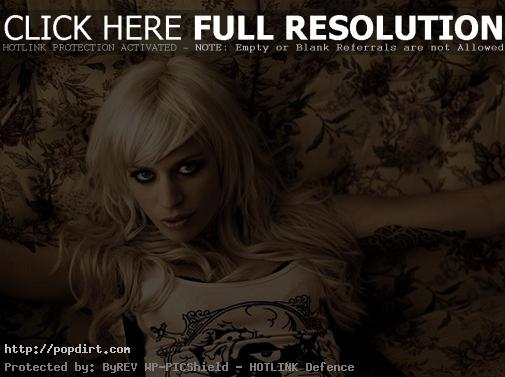 Gin Wigmore checked in with fans on her blog at MySpace (@ginwigmore) on Tuesday (May 12), talking about her time in Los Angeles and where she’s at with her debut album. The New Zealand singer/songwriter tells readers:

I have now officially started recording my very first record. My days are consisting of running down the beach in the morning, diving in the glorious sea (saw dolphins yesterday!) then taking a cruisy drive over Malibu Canyon, listening to this amazing 60’s station, to arrive at my producer Mike Elizondo’s house. For the past few days we have been writing some awesome songs together and next week we go into Capitol Studios to record!!! I could go on and on, but I won’t as you have probably all had quite the fill on me by now! So keep me updated on what is happening with you. Keep in touch and get ready for a great album, promise!