Girls’ Generation ‘The Boys’ Gets U.S. Release On iTunes 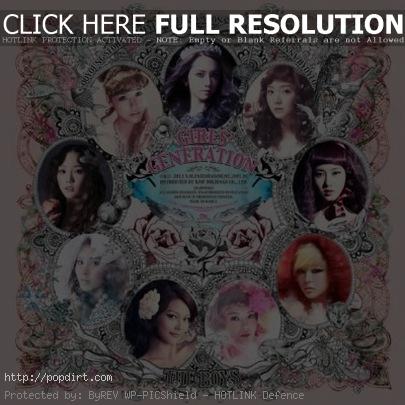 Korean pop sensations Girls’ Generation are bringing their sound to the U.S. with the release of their single ‘The Boys’ on iTunes. After their 2007 debut in Korea, the nine young women became a phenomenon in their home country, receiving the Grand Prize and Singer of the Year awards two years in a row at the Golden Disk ceremonies (the Korean-equivalent to the Grammy Awards). They began topping Japanese music charts in 2010, and have now set their sights on the entire globe. After recent sold-out concerts in Los Angeles and Paris, the girls are set to perform Sunday at New York’s Madison Square Garden as part of a massive K-Pop music event.

‘The Boys’ was arranged by famed producer Teddy Riley, who is best known for his work with the late Michael Jackson. Girls’ Generation are Sooyoung, Seohyun, Taeyeon, Tiffany, Yoona, Jessica, Yuri, Sunny, and Hyoyeon.

One thought on “Girls’ Generation ‘The Boys’ Gets U.S. Release On iTunes”