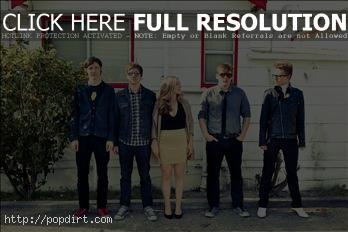 Gold Motel announced that July 3rd will be the release date for their self-titled sophomore album on their own Good as Gold imprint via a new partnership with Thirty Tigers. The new album is the follow-up to their debut effort ‘Summer House’, which was independently released in June 2010. They are scheduled to play a hometown show at The Metro in Chicago tonight, as well as a show at Illinois State University in Normal, Illinois on Saturday (April 28), where fans will get to hear some of their new songs live. Additional U.S. tour dates will be announced soon.

April 27, 2012 Jeff C News No Comments
«Nick Jonas And Megan Hilty Are “Just Friends”
The Wanted Call Christina Aguilera A Bitch… But Was She For Good Reason?»