Greyson Chance Releases “Hold On ‘Til The Night” 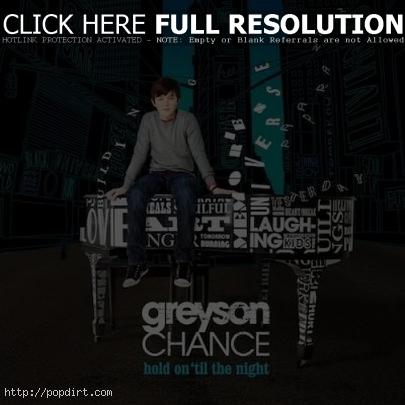 Two years after his talent show performance of Lady Gaga’s ‘Paparazzi’ became a YouTube sensation, the now 13-year-old Greyson Chance has released his debut album ‘Hold On ‘Til The Night’ on eleveneleven/Maverick/Streamline/Geffen. The majority of songs on the album were written by Greyson himself, including current single ‘Unfriend You’. ‘Hold On ‘Til The Night’ is available in stores and online (iTunes / Amazon).

“I’ve been working on this record for a year now, and I hope you guys like it as much as I do,” Greyson said in a video announcing the album’s release. Watch it below.