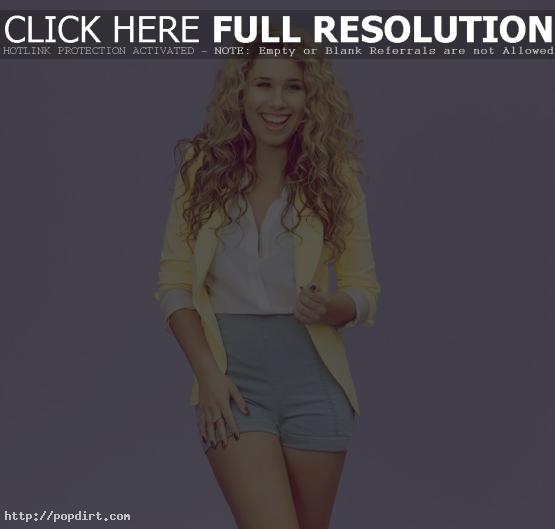 ‘American Idol’ season ten finalist Haley Reinhart chatted with AmericanIdol.com about her new single ‘Free’, selecting her band members, the reaction from fans, and how she feels about performing on the show a year later.

“‘Free’ is the first song that stuck out to me,” Haley said. “The first song hearing it, just those intimate, rock chords from the piano, I just knew it was captivating. It had elements that I love. It just had this mesmerizing, hypnotic thing about it. As far as stylistically, it has this raw, R&B soul kind of feel, and pop, a lot of different things going on. I knew I was gonna love it.”

The interview video at AmericanIdol.com has since been removed.

One thought on “Haley Reinhart Discusses ‘Free’, Her Band & ‘Idol’”