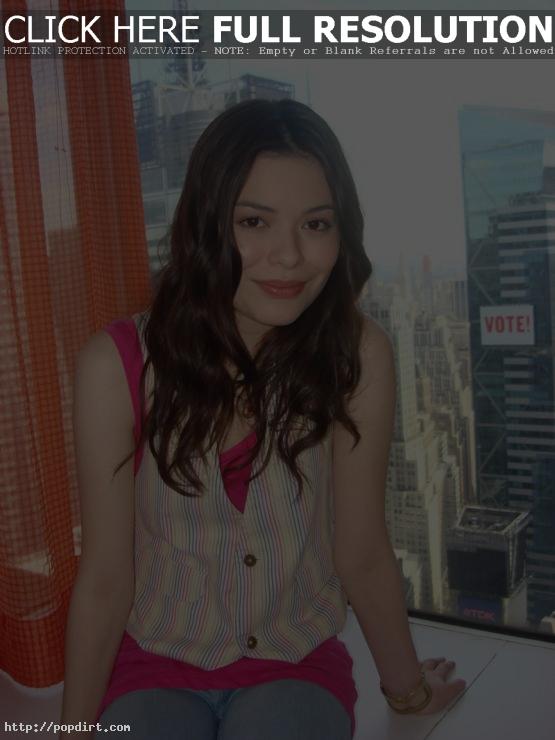 Miranda Cosgrove checked in with fans on her blog at MySpace (@mirandacosgroveofficial) on Friday (November 28). The ‘iCarly’ star tells readers:

I just wanted to check in really quick and let everyone know I hope they had an awesome Thanksgiving! I got to perform in the Macy’s Day Parade and it was super fun! I was extremely cold haha but I had a great time anyways. I watch the parade every year so to get to actually be in it was the coolest thing ever! I was on the Build a Bear float and there were a bunch of kids on it with me dressed up in bear outfits. They were all really sweet but I kinda wanted to steal one of their outfits because they looked really warm lol. I also got to see David Archuleta and he was on iCarly recently so it was really great getting to see him again. He’s so nice and funny! After the parade I headed to the airport to go Milan, Italy! It’s my first time ever coming here and it’s so beautiful! When I first landed it was snowing which made it even better because I’m from L.A. so I don’t see snow very often. Earlier today I was on TRL and it was pretty cool because the hosts here know how to speak Italian and English. They would ask me a question in English and then translate in Italian. I talk really fast so it was probably hard for them lol. The main reason I got to come to Italy is for the Kids Choice Awards! They are in two days here and I’m so excited!