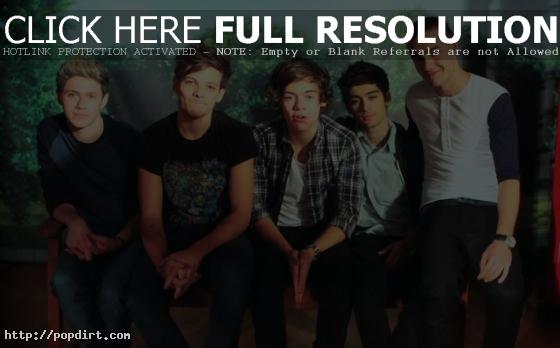 Episode one of One Direction’s Bring Me to 1D series features some Go1Den Ticket winners introducing themselves as they kick off their BM21D adventure in New York City.

Explaining the fan competition, Harry Styles said, “We wanted the opportunity to meet lots of different fans from all around the world, so we came up with the idea for Bring Me To 1D. We gave out loads of golden tickets (aka Go1Den) to people that had to do lots of different things, such as radio stations or TV shows, enter competitions and stuff to win the golden tickets. If they got the golden ticket, they got to come to New York, to the Madison Square Garden show, and to come to this fan event.”

Harry continued, “We have been so incredibly impressed by everything that we’ve seen from you guys. We’ve seen people who have made their own album covers. They’ve made books that are very thick. They’ve drawn pictures, they’ve painted pictures. Everyone always puts so much effort in and we appreciate it so much, so thank you so much.”

One thought on “Harry Styles Explains Bring Me To 1D Contest”