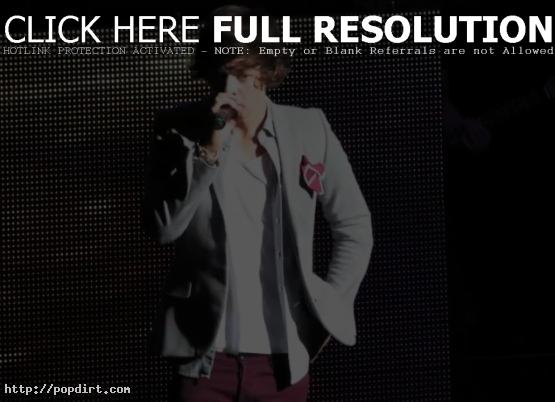 Could One Direction star Harry Styles be following the path of Justin Timberlake, dipping his toes in the solo waters and leaving the boy band if he finds success without his mates? Harry is getting an opportunity to hit the recording studio while 1D is on break from their world tour.

“He loves messing around with some of the new songs he’s been working on,” a source close to the band told The Sun. “He’s bounced some ideas off his friend Ed Sheeran and has already laid down some vocals. Harry’s priority is obviously still with One Direction. But when he decides the time to go solo has arrived, he’s likely to have a project raring to go.”

The language is similar to what was voiced when Timberlake ventured away from *NSYNC to do a solo album, but once Justin became a chart topper with ‘Justified’ and didn’t have to share the royalties with bandmates, the desire to return to a boy band subsided. If the album doesn’t go over well though, as was the case with Nick Carter’s ‘Now or Never’, 1D could follow the Backstreet Boys lengthier career path.