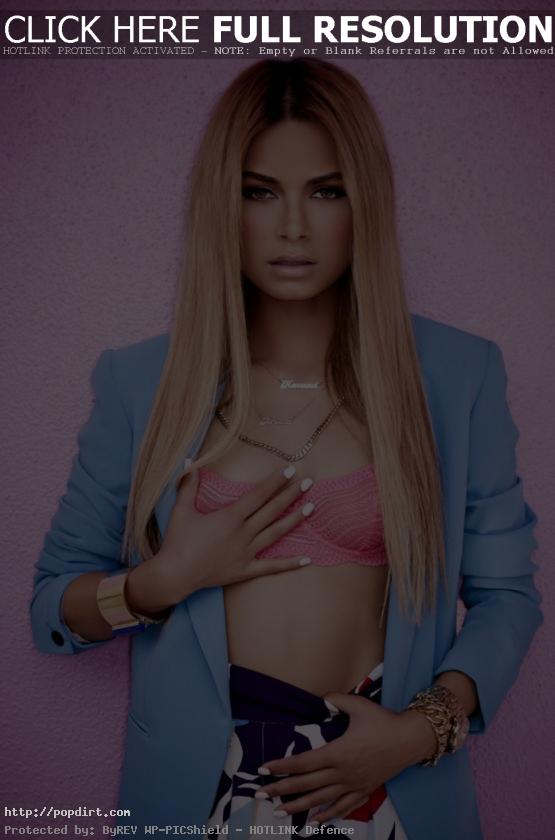 Erika Ross of Young Hollywood caught up with the Australian DJ turned pop singer Havana Brown at the Pink Motel in Sun Valley during a photo session for her next EP, where she discussed having a say in photo shoot attire, ‘We Run The Night’, her hit collaboration with Pitbull, and subsequent tour with Mr. 305.

On the photo shoot location:

It’s beautiful. It’s such an awesome location. We’re shooting for my EP.

On dressing up for photo shoots:

I love it a lot. Yesterday we spent a few hours going through the clothes with a wonderful stylist. She has picked some amazing clothes and I was able to go through, it was like a girl’s dream come true, with all the jewelry, shoes and everything. I love it.

On having a say in what she wears:

Yeah, absolutely. I wouldn’t wear anything I didn’t want to wear. It definitely is my style, where I wanted to go with this shoot. Everything. I’m very much involved in every step of the way.

On touring with Pitbull:

It’s so much fun. Pitbull is such an awesome guy, like one of the nicest guys you’ll ever meet. I straight away asked him when I first saw him after the recording of ‘We Run The Night’, I’m like, “What does dale mean?” I had no clue. I don’t know any of the Spanish words he’s saying. When he speaks to you, he speaks in half English, half Spanish and you try to follow. I’m like, “I’m Australian. I don’t know what you’re saying.” He says it just means let’s go. I love it.