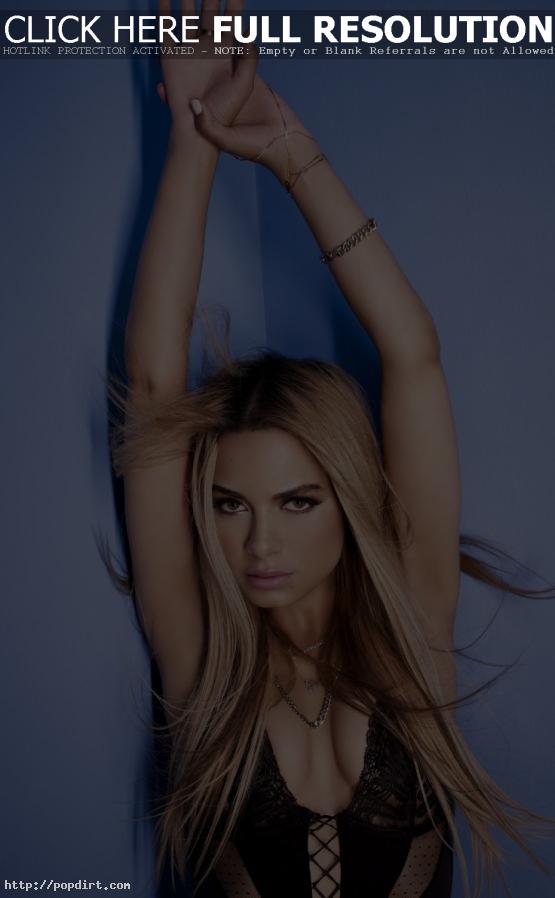 ‘The Insider’ caught up with Havana Brown, talking with the Australian DJ and singer about how she got her start in music with the quickly disbanded group Fishbowl, going on tour with some big name acts, getting Pitbull to rap on her hit single ‘We Run The Night’, Mr. 305 being “incredibly cool and a gentleman” behind the scenes, plans to finish up an album soon and Havana’s admiration for Janet Jackson.

On the early days of her music career and the ups and downs that came with it, Havana said, “I’ve been deejaying for the last 5 or 6 years. Prior to that I’ve always been in music. I was in London. I had signed to a record label with a group. It was a group of three boys and me. It was more like The Fugees. That kind of sound. Actually mixed in with dance. A little bit ahead of its time, reggae, dance, R&B, but the group fell apart before we released. At that time, it was the most depressing time of my life. I discovered deejaying. In London I started deejaying at all the clubs that I could possibly get a gig at. It took off and I’ve been touring since then. I moved back to Australia. I’ve been touring with some major acts and I’ve released my first single, ‘We Run The Night’.”

On touring with artists like Britney Spears, she said, “They definitely were as big as it gets. Britney Spears, Lady Gaga, Chris Brown, Rihanna. Pitbull. I’m on Pitbull’s tour right now in the States.”

On Pitbull jumping on ‘We Run The Night’, she said, “It’s a complete honor to have him on the track, because I’ve been deejaying for six years and ever since I started deejaying, I’ve been playing his music and he’s constantly been making people move. I released ‘We Run The Night’ in Australia over a year ago and I was on tour with Enrique and Pitbull and performing it for the first time. He heard the track and he loved it. RedOne was already on board and he really wanted to do a version. We incorporated Pitbull and that was it. He was one of the first people, if not the first, to actually start rapping on some classic old house tunes. He really started a trend.”

On Janet Jackson, Havana enthused, “When I saw her when I was like 6-years-old, that was it. That’s what I wanted to do. I wanted to be her. I just love her energy, the stage presence, the dancing. It’s a big show and the music was always awesome as well. On top of that, the production and choreography, it was just perfect.”

Watch the interview via theinsider.com below.